Elyse has been on her own for as long as she can remember. Or, at least, ever since her parents died in a terrible car accident. They warned her that she can’t expose her secret – that the ages five times slower than the average person and that she has the power to heal.

But then she meets William, sweet and intriguing, they immediately take an interest in each other. But Elyse knows that she has to keep her distance, that she can’t get involved, until William tells her that he is like her and that there is a whole community of people like them, called the Descendants. Elyse soon finds out that she is a key person in the Descendants community, having to fulfill a prophecy that can change everything.

More trouble arises when Elyse decides to use her powers for another cause. Between exams, fights, myths and gods, will Elyse manage to save herself – and her kind?

*I’d like to thank Jessica Therrien for sending me this book in exchange of an honest review!*

• New and original, there’s nothing like this on the book market.
• Intriguing, draws the reader’s attention.
• It’s inspired by Greek mythology, so it’s bound to be something interesting!

• There are no ‘gaps’ in the story, it’s dense, there isn’t that feeling of emptiness that some books have.
• It was a bit boring at times, I stopped reading Oppression twice until I got to finishing it.
• The author skips from a scene to another, it’s almost movie-like, which contributes to the modern feel of the book.
• I liked Elyse’s voice, though I always felt like she was a bit ‘depressed’ or very bored, there was no emotion in it; most of the time, words were just words, didn’t express any real feelings that Elyse had.
• I didn’t like the fact that the dialogue contained a lot of clichés and there were a lot of short lines, made up of only one or two words, and then there were lines that I had to read twice to fully comprehend. So, yeah, I would’ve liked some more coherent dialogue.
• We are only given some vague details about The Council, I would like to find out more about it, I hope that we will in the second book.
• It’s a cryptic story, it’s not just about The Council, I also have a question about the Oracle: What will happen to the present Oracle when the new one is born?
• Therrien carefully constructed the Descendants’ world, that’s a plus.

• Elyse is independent, but also caring and loving. Even though she’s about eighty years old, she still thinks like a twenty-something and that makes her more relatable. She can fight on her own, but sometimes she also plays the role of the damsel in distress.
• William seems like the almost-perfect book boyfriend. Handsome and a bit funny, he really cares about Elyse and that’s why sometimes doesn’t let her do dangerous things, but I sometimes felt annoyed by his persistency on keeping Elyse away from danger. Let the girl do her own thing, let her follow her path! :))
• I liked William’s friends and their constant friendly bickering animated the story a little.
• Ryder felt like the perfect villain, really violent and fighting for his (bad)’cause’.
• The Professor and Helen were also among my favorites, along with William’s parents.
• The author manages to change the ‘insta-love’ game a bit, by making it not so much about love at first sight, but about admiring and being intrigued at first sight, which is more plausible. What I didn’t lie, though, was that Elyse immediately trusted William, even though she didn’t know him that well and he told her so many things that she didn’t know. I think that trust should come over the time, you can’t gain it instantly.
• Overall, most of the characters seemed really put together, like they have a solid backstory, they seem credible.

• The book ended on a cliffhanger and quite strangely. (I’m not giving any additional details about this, I’ll let you find out on your own ;))
• It left me wanting to read the next book, I’m curious what will happen next!

Overall, I liked Oppression, but not as much as I thought I would, but it was enough to make me want to read the next book in the series.

“All we have is now, this moment. If you live in the future, you’ll miss things, right here, right now, and you’ll regret it later.”

“’Here.’ William said, taking a kitchen knife from off my bedside table. He cut the pad of his tumb as he’d done before and waited for it to bleed.
‘I’m starting to make this a habit, aren’t I?’
‘Yeah, knock it off, will ya?’ he teased.
He dabbed the blood from his thumb with another finger and applied it to my left eyebrow, easing only a fraction of the pain.
‘Why are you doing it like that?’ I asked. Your thumb won’t heal.’
‘Left is poison,’ he reminded me, and then he placed his cut thumb over another gash on the right side of my lip, healing us both.
Our eyes locked for a moment as his hand lingered, and he moved his face closer to mine. His kiss was its own kind of relief. Everything would be all right. His soft mouth was hard to pull away from after such an ordeal, and I let myself get carried away.
‘Gross,’ Sam moaned.
‘Nothing to see here,’ William said using his hand as a privacy screen. ‘Just stay unconscious a little longer.’
‘Sure,’ Sam groaned, ‘don’t mind me.’”

In this breathtaking debut that reads like Gossip Girl crossed with Twin Peaks, a Queen Bee at a blue-blooded New England prep school stumbles into a murder mystery.

Meet Anne Dowling – a fresh, original, and funny new YA heroine whose knowing, irreverent voice will remind readers of Pretty Little Liars and Private. Anne practically runs her exclusive prep school on New York’s Upper East Side—that is, until she burns part of it down. Accidentally. Her lawyer father decides to send his not-quite-so-innocent only daughter to a prestigious boarding school outside of Boston. Determined to reform her bad girl ways and make it back to New York, making friends at the Wheatley School is the last thing Anne cares about. There is one girl Anne is able to stand, though—her roommate Isabella. That is, until Isabella’s body is found in the woods behind the school.

Anne is convinced someone knows what happened to Isabella the night she was viciously murdered—but no one is talking. That’s when Anne starts to notice how old and creepy the Wheatley School really is. When she meets Isabella’s twin brother and learns he also thinks the school might be covering up the truth about Isabella’s death, Anne can’t help it…she starts poking around. Utilizing her lock-picking skills, unmistakable charm, and the help of a cute classmate named Brent, Anne discovers that Isabella wasn’t quite the innocent nerdy girl she pretended to be. But someone will do anything to stop Anne’s snooping around in this fast-paced, unputdownable read—even if it means framing her for Isabella’s murder.

I’m telling you why we broke up, Ed. I’m writing it in this letter, the whole truth of why it happened.

Min Green and Ed Slaterton are breaking up, so Min is writing Ed a letter and giving him a box. Inside the box is why they broke up. Two bottle caps, a movie ticket, a folded note, a box of matches, a protractor, books, a toy truck, a pair of ugly earrings, a comb from a motel room, and every other item collected over the course of a giddy, intimate, heartbreaking relationship. Item after item is illustrated and accounted for, and then the box, like a girlfriend, will be dumped.

Being Astrid Krieger is absolutely all it’s cracked up to be.

She lives in a rocket ship in the backyard of her parents’ estate.

She was kicked out of the elite Bristol Academy and she’s intent on her own special kind of revenge to whomever betrayed her.

She only loves her grandfather, an incredibly rich politician who makes his money building nuclear warheads.

It’s all good until…

“We think you should go to the public school,” Dad said.
This was just a horrible, mean thing to say. Just hearing the words “public school” out loud made my mouth taste like urine (which, not coincidentally, is exactly how the public school smells).

Will Astrid finally meet her match in the form of public school? Will she find out who betrayed her and got her expelled from Bristol? Is Noah, the sweet and awkward boy she just met, hiding something?

Find out in this hilarious tragicomedy from New Girl and SNL writer David Iserson!

In the City of Lights, two star-crossed lovers battle a fate that is destined to tear them apart again and again for eternity.

When Kate Mercier’s parents die in a tragic car accident, she leaves her life–and memories–behind to live with her grandparents in Paris. For Kate, the only way to survive her pain is escaping into the world of books and Parisian art. Until she meets Vincent.

Mysterious, charming, and devastatingly handsome, Vincent threatens to melt the ice around Kate’s guarded heart with just his smile. As she begins to fall in love with Vincent, Kate discovers that he’s a revenant–an undead being whose fate forces him to sacrifice himself over and over again to save the lives of others. Vincent and those like him are bound in a centuries-old war against a group of evil revenants who exist only to murder and betray. Kate soon realizes that if she follows her heart, she may never be safe again.

Authors and publishers, feel free to contact me for a book review or any other publicity at floriv7 [at] gmail [dot] com. I'd love to hear from you! Please read my Review Policy for more information. 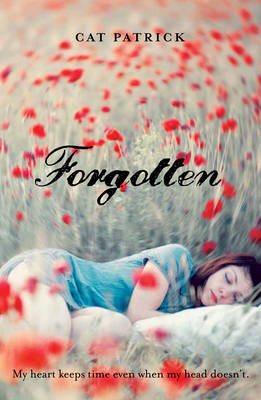 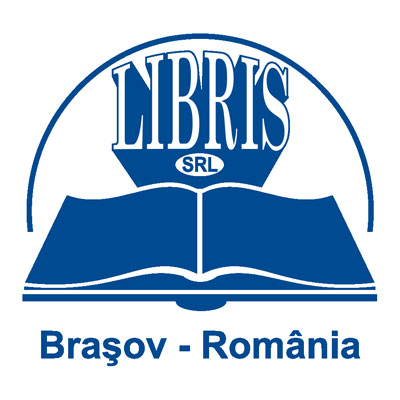 Only enjoyed a few pages of it, but I don't recommend it.

It was pretty bad.

Enjoyed some parts, but could've been much better.

I liked this one, though it didn't impress me in a big way.

Really liked this one, i highly recommend it!

My daily dose of blogs

Take a look at these sites, too...

This blog is protected by My Free Copyright. All content: ©2011-2013 Lost In A Bookshelf. All rights reserved.

Lost in a bookshelf
Blog at WordPress.com.